We are the extremely proud owners of 2 Balkan Black x Landrace pigs, both male.  They are 6 1/2 weeks old, a very bulky and coarsely haired black and a more petit spotty white and black.  They are siblings.  The road to pig ownership has been fraught with difficulties.  We had originally put a deposit on 2 Bulgarian White pigs in General Targovishte some 4 hours drive away.  However we had our van, the eponymous Dirty Gertie from Gradishte broken in to.  The driver window was smashed through and Terrys stereo/sat nav/stereo and his bass speaker were stolen.  We think it was New Years eve when we weren’t at the house.  It’s disappointing but doesn’t reflect on the daily life in the village.  The festive season brings many pressures to many people and bad decisions are made.  But with a broken window and a faulty starter motor a 8 hour return journey and carrying 2 pigs wasn’t feasible.  We’ve also had an intermittent problem with the Landy which we seem to have fixed.  Either way it forced us to realise that the journey was neither viable nor safe.  We let the pig owners know and obviously forfeited our 20 leva deposit.  It was the right decision.  The sellers weren’t particularly forthcoming with information or communication.  As it turned out we were put in the way of a Brit about half an hour away with said Balkan Black x Landrace piglets.  What swung me was his very kind words of wisdom and his openness in sharing his knowledge.  We set of on Wednesday to meet Nick at his homestead in Alekovo near Svishtov.  The drive over was lovely with the first snow of the year now melted and despite it being winter green fields abounded. 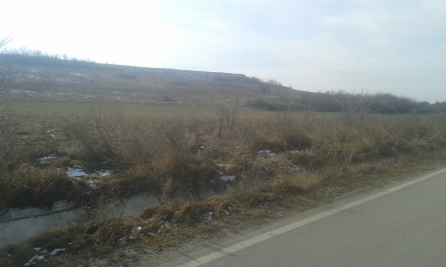 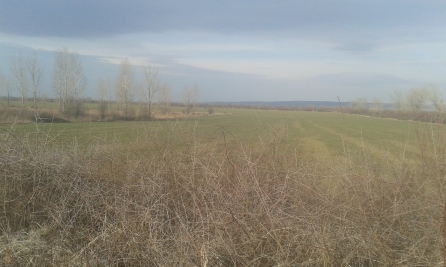 Any fears we had about become pig owners disappeared when we saw the simple, common sense set up Nick had.  He was in his first year  and had just slaughtered 2 boars, had 2 litters from 2 sows and  owned a simply mahoosive stud boar called Black Jack in deference to his breed and colour.  The pigs had solid 3 sided, roofed structure with deep straw bedding and an area to root in.  Eminently do-able.  We joined Nick and another couple waiting for a set of weiners from the younger litter; Janice and Tony, for a cuppa in his rather impressive vaulted farmers kitchen.  We were overwhelmed with love from his 5 oversized dogs ranging from Rottweilers to a Dalmation all of whom were super sized.

We picked up our piglets and Nick kindly drove us to the local mill to show us what food to buy and to introduce ourselves to the mill owners.  So we stocked up on corn, bran and I think Millet then said our goodbyes and thank you’s and set of for home with much squealing in the boot of the Landy.  We picked up complete piglet feed from Pavlikeni on the way.  We were set to go.  Well I have to say the transition was relatively seamless.  The weather was beautiful; blue skies and no wind.  The animals were introduced to each other and apart from the little spotted pig escaping within minutes, the dogs becoming a tad overexcited and Ted joining the somewhat perplexed pigs in their sty all went well.   Catching the errant piglet was hilarious in  a Benny Hill skit type way  with Terry and I, crouched low and arms outstretched bouncing and shouting instructions at each other.  Total chaos.  The piglet obviously thought so too because he scarpered back into his pen and the safety of his porcine brother.  The next day we had 10″ of snow and the next double that !  The pigs took it entirely in their stride.  Vinnie and Ted check on the pigs every time they are let out.  Ted is fascinated by them and thinks nothing of joining them. Vinnie is also fascinated but we’re not too sure what his intentions are.  He’s chief protector in all things so perhaps his intentions are good.  I’ll reserve judgement till the pigs are big enough to chew him up and spit him out! 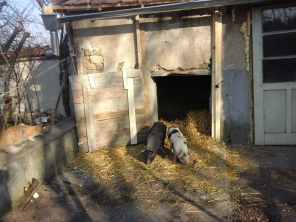 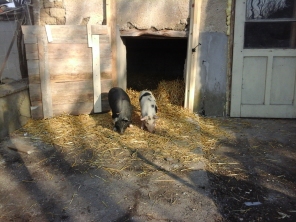 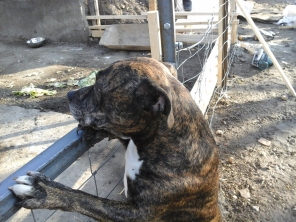 And that brings me neatly on to the weather.  A yellow Weather Warning was issued for Friday onwards.  Snow 40-60 cm, temperatures in the -20’s in the night and -5 – -15 during the day.  High winds are forecast into the mix too.  So it is Sunday morning now and -15 at 06:30.  The first lay of snow is now a  block of rock solid ice and has a sub layer of icy crystals and a soft fluffy top layer that is decidedly difficult to walk through.  The branches are so heavily laden that their boughs are bent low to the ground as an ermine clad  prince scraping the ground in a sweeping bow before his princess.  The landscape is unbearably beautiful in a somewhat coldly aesthetic manner.  Even the most unprepossessing landscape or building is rendered  transiently beautiful.  This white and uniform covering has also shown us what our land would look like once landscaped and planted but also gives us a degree of garden respectability that matches our neighbours!   Even the machinery and the building piles look picturesque in their ‘whites’.

Vinnie loves the snow but Bodie  not so much.  We managed to get her out in the snow to play once, with Vinnies enthusiastic help.  However she floundered in a drift and Vinnie dragged her out and that as they say is “all she wrote” as far as the snow goes. It has also come to our notice that Vinnie is absolutely filthy compared to the pristine crystalline carpet he is busy destroying.  Usually obedient, on a walk to the shops (yes we ran out of provisions), through about 40 cm of snow and drifts even higher, Vinnie became so excited that he almost ignored or very tardily answered commands.  He sprang through the snow drifts like a demented spring lamb frightening the locals.  They think he is a Pitbull and therefore a savage so when he was slow in answering our calls the locals stood to attention with brooms or snow shovels at the ready.  They needn’t have bothered.  All Vinnie was after was the snow!

We never did get around to chopping off the excess wood from the roof!  The arrival of winter put a stop to that and the outside render

Our road/lane/track returning from the shops 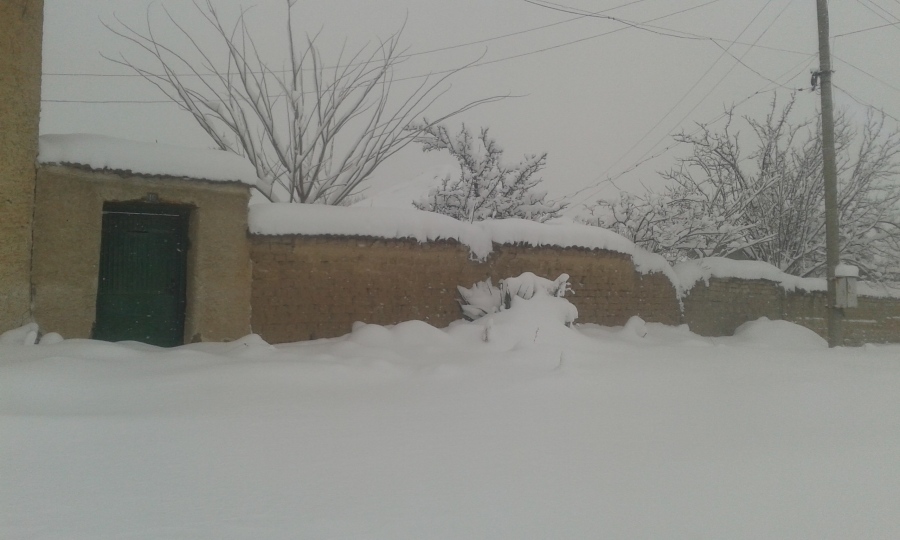 James’s garden gate – impossible to open at the moment

The corner of the little Green and James’s house.  Terry is visible but Vinnie?

Saturday a complete ban was issued on driving national roads across the country when high winds began to play havoc with the snow.  There was no visibility and solid ice on the tarmac.  Apparently we have a couple of days grace next week before the next onslaught of snow.  So how are we managing?  Pretty well actually.  We are warm, we have supplies, we have wood.

Bodie has morning sickness so I think it is fair to say she is pregnant.  I have never, ever seen such a mopey, sad, pregnant dog.  She is refusing many types of food when she has always been 100% ‘foodccentric’.  Terry and I cannot remember a time when she has refused food.  Not even marmite toast will tempt her.  She’s picking at her food; eating the meat and leaving the biscuits.  Her incredibly communicative tail has stopped it’s non stop conversation with us but worst of all she has stopped following me around where ever I go.   I hope this isn’t going to be a reflection on her maternal instincts.  She has joyfully dry suckled other pups before.

On a final note the code Yellow Warning has just been upgraded to an Orange.   This is what Novonite News Agency in Sofia has posted

The capital Sofia, Sofia-Region, Pernik and Kyustendil are affected.

Minimum temperatures will likely go below -21 degrees in the regions, according to the National Institute for Meteorology and Hydrology.

Maximum ones will not rise beyond -12 degrees, meteorologists say.

A Code Yellow warning – a lower degree of alert – is in force for the rest of Bulgaria, where the weather will be mostly cloudy.

Temperatures there may fall to -16 degrees, with maximum ones ranging between a negative 1 and a negative 7

On that note readers I hope you are all warm and snuggly in your own homes this evening. There are some poor souls who have been without electricity and water for the past 17 hours.  This is where doing like the locals really counts.  No radiators, no central heating just  a pechka.  It works for us